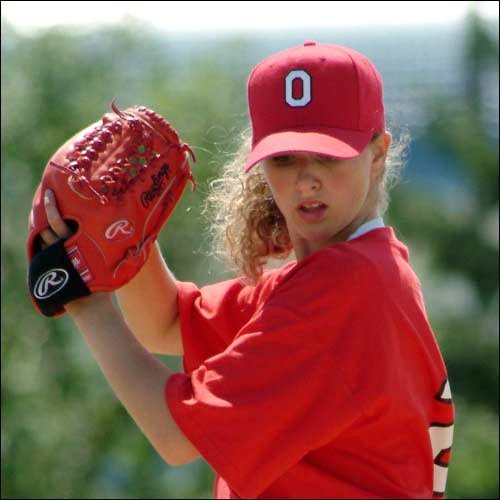 Jennifer Stitt-Revin, is the founder and administrator of Field of Dreams Baseball Camp, as well as the on site Director for the Thornhill Location. She is a high school teacher with a passion for educating and encouraging children to participate in extra-curricular activities, with over 16 years experience working in camps. She has high level coaching and training experience working as an instructor with former MLB players Rob and Rich Butler, and Nigel Wilson, at various March break, Christmas break and summer day camps.

Over her 14-year rep baseball and fastball career, Jennifer has won 2 Ontario championships, and placed second at the fastball nationals in 2001 in Prince Edward Island. She was the second baseman and pitcher for Ontario’s Women’s Baseball team from 2004-2006 winning two national championships. Jennifer was selected to play on a Canadian All-Star baseball team in 2005, called the Canadian North Stars, at Disney’s Wide World of Sports Complex, playing all-star teams from Japan and the United States, where she was named the team MVP. Jennifer was the only female to play high school baseball in Ontario, as a pitcher and shortstop for Vaughan Secondary School from 2003-2005, making it to OFSAA in her final season. Her biggest accomplishment in baseball came as a university student where she made the men’s baseball team at York University and played as a second baseman. She was the only female to play inter-university baseball in 2008 and 2009. Jennifer was also the shortstop for team Canada at the Maccabiah games in Israel in 2009, winning a bronze medal.

Jennifer is currently the head coach of the Thornhill Reds AAA Minor Bantam team and has been coaching rep baseball for eleven years, including an assistant coach position with the YSBA Major Mosquito All-Star team in 2014 and a Spring Training Coach in Florida with an elite program in March 2017. She is also the Director of Training and Development for the Thornhill Baseball Club.